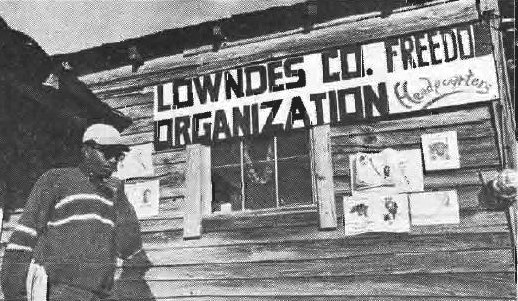 In March 1965, Viola Liuzzo, an SCLC volunteer from Detroit, Mich., was murdered by the KKK while helping with the Selma-to-Montgomery march in Lowndes County, Ala. SNCC decided to honor her memory by setting up a new project in the county that would establish the first independent political party in the state of Alabama. The population of Lowndes County was 80% Black and mostly poor with only one Black registered voter: John Hulett.

In the first year, amidst the shootings, burnings, and harassment by local white vigilantes, LCFO registered nearly 850 Black voters and ran a slate of candidates in the general election. Although they did not win in the first election, LCFO soon elected several Black county officials: sheriff, county commissioner, and mayor of Whitehall, Ala. John Hulett was elected Lowndes County sheriff and served for 22 years.[7] 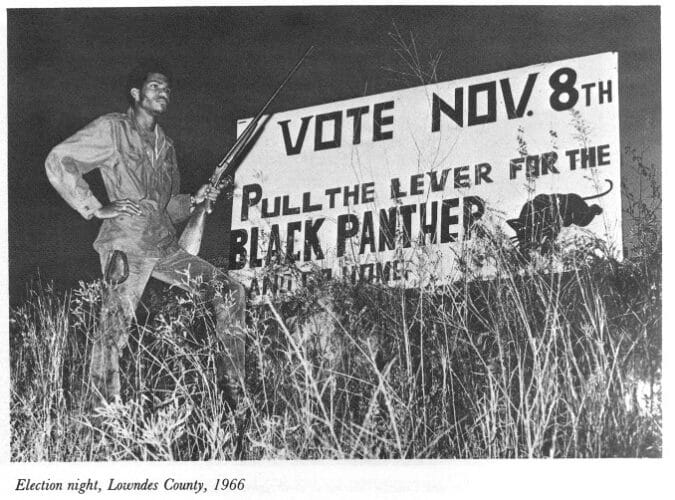 SNCC’s communications staff mounted a major promotional campaign in support of LCFO; within months, the symbol of the black panther was maligned in the white press but celebrated by both the Black community and emerging Black liberation movements across the country. One of these groups, located in Oakland, Calif., and headed by Huey Newton and Bobby Seale, asked SNCC’s permission to use the black panther as the symbol for their organization. Permission was granted, and The Black Panther Party for Self-Defense was formed in the fall of 1966.

“For me, the turning point became clear in a talk by Courtland Cox, who was working in Lowndes County. He was talking about what the people there were trying to do. At one point he wrote some words on the blackboard. I think they said: ‘Get power for Black people. The people want power. Power to control the courthouse, and power to control their lives.’ As he talked and I looked at the written words, something clicked in me. I felt then that we had emerged from the internal disorder and that I personally could begin to work freely for my beliefs.” 8

James Forman described the impact LCFO had on defining his new direction:

Formation of the LCFO gave new life to SNCC, which was redefining its direction and its leadership

When SNCC held its annual elections in May 1966, sweeping new changes were made in the leadership and programs. Stokely Carmichael, project director for the successful LCFO, was elected the new chairperson. James Forman stepped aside, and Ruby Doris Robinson became executive secretary. Cleve Sellers was elected program secretary.

After a long and contentious discussion, a major new policy change was voted in when SNCC asked its white organizers to leave SNCC and return to their own communities and organize to end racism there. The Anti-Draft, Anti-War program was well underway, led by SNCC’s Atlanta Project under the leadership of Bill Ware, while LCFO was headed for its first election in November 1966. Following the SNCC elections, spirits were running high. The transition had been completed. SNCC now had a new focus, extending its scope to address national and international issues for the Black community and for people of color. This was the expanded vision guiding SNCC when James Meredith began his March Against Fear to register Black voters in Mississippi in June 1966. 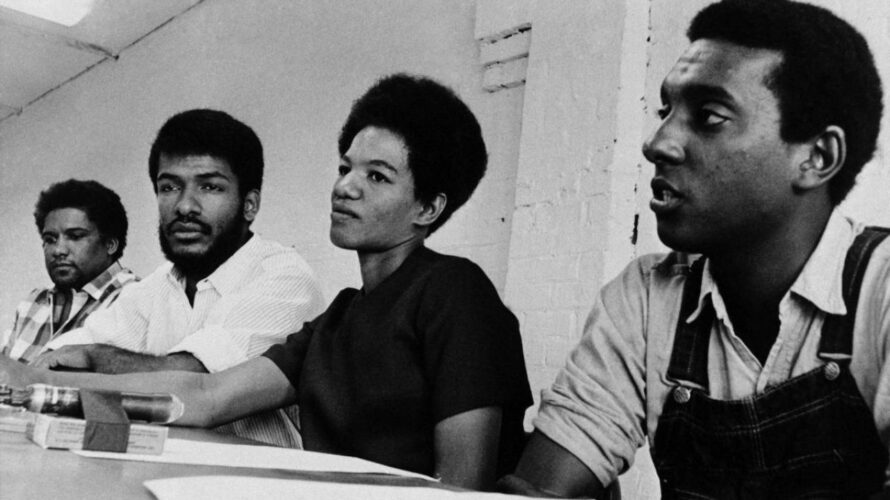 7. For detailed information on the Lowndes County Freedom Organization, visit the SNCC Digital Gateway at https://snccdigital.org/?s=Lowndes+County+Freedom+orgaization.