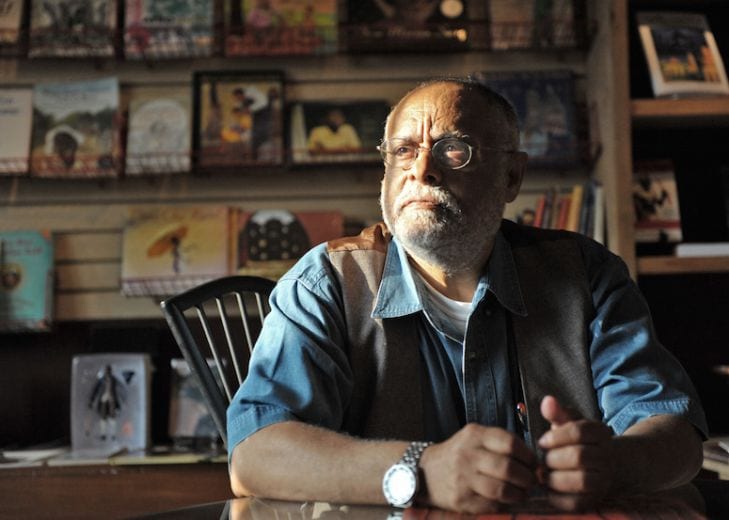 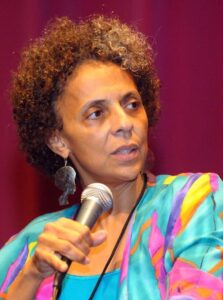 First question: what was the climate in D.C. in the mid-90’s when you were thinking about creating the space Sankofa? Haile Gerima: What culminated to be a bookstore initially was driven by a force of cultural void. The fact that there were no multicultural spaces for us to show our film and have discussion with people. Since my first days in D.C., I had continuously worked to have an active, critical film environment. This would include film screenings, film premieres, African filmmakers coming here to town, Mozambican filmmakers coming to Washington organizing to fundraise for their new cinema after independence, and so on.  So we come basically from the cultural aspect of Pan-Africanism, if there is such a thing. I was working with students, community people, faculty. But both Shirik [Shirikiana Aina Gerima] and I were left holding a collective idea that many other people were interested in setting in motion.  I know at one point there was a number of faculty members and students at Howard University who went around combing the city to find a space to create a cultural center. It was difficult at the time because in the eternal narrative of gentrification, many potential good real estates were not available to us.  They were actually under squatters, meaning there were these white folks who owned the places who were letting them go down the drain and were not willing to sell to us. So there was no waiting for this when the actual reconstituting Washington, D.C. or face-lifting Washington, D.C. (as part of this overall silent gentrification program culminated) they kept the properties unavailable to anybody. After years of struggle trying to find a place, in the end Shirik and I were the only ones left. Then we made the Sankofa movie. With the revenue we got from Sankofa, we wanted to do two things. One, create a cultural center where books and films are debated. We didn’t like the idea that people read books and don’t read culture; that is, they had no lexicon for reading visual meanings.  So we felt that we need to create a cultural center where people read visual stories and books. Second, it would be a production place where we can edit our own films, make our own films, etc. It’s a part of this whole audio/visual center that we wanted to create as part of our struggle of trying to be independent filmmakers. Now you know, in the African-American community in general, in the Pan African community, political dogma supersedes or undermines the cultural component of struggle.  We don’t have a Black Nationalist agenda, per sé.  The most we do have is a very Pan-African agenda, and even that is beyond politics in the realm of cultural liberation.  So we became dissatisfied with just the dogmatic idea of Black nationalism without the role of culture and decolonizing the mind of people.  To that end, we were pursuing a place where we could constitute the ideas, the Fanonian, Cabral, Pan-Africanist DuBois, Angela Davis kinds of thoughts that we were putting into motion. Basically, this is how we finally secured this place.  We made our stand here to continue to do activities that deal with intellectual production, whether it’s films or books, creating a democratic discussion.  It’s not just a bookstore, it’s a decolonization center. 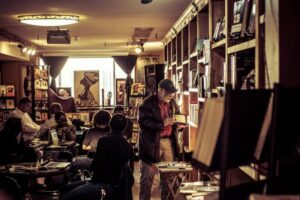 If you think about the Pan-African movement in D.C., this location is in a historic stretch of space. Was it chosen for that reason or was it coincidental? Haile Gerima: No, it’s just the way it happened. It all came together with this place straight across from Howard University.  Earlier it was owned by Omega Psi Phi. My frustration is also with Black movements, you know, those who did not see the role of the cultural struggle.  We have always been filmmakers who went into the Black community and demanded that Black activists support cultural struggle.  Pure politicians did not represent us, so we wanted to get a space to establish a fundamental interest in the cultural component of the liberation of African people.  So for us, Washington, D.C. was a base where we needed to be.  Washington was the right place because this is where we felt that African descendants were the majority population, and there was also the political community that launched our capacity to make Sankofa the movie. If it wasn’t for the African American community that started the Sankofa family in Washington, D.C., we would have been blocked out of distribution. Sankofa was a huge example of community art and filmmaking, where a whole community met after seeing the film. I said to them, “You guys, you know we need help to distribute the film, now we can’t just finish a film and then you sit around.” So I can mention that the African-American community got together to meet in the house of Acklyn Lynch. I didn’t even lift a finger. Shirik was the one who stayed with it for me and challenged the community, and I went back to teaching to pay my dues.  That is why I think Shirik is very important, because she is also the architect of this whole thing. We did it together. Shirikiana Aina Gerima: Haile went on to traverse the country for two years on an amazing tapestry created by grassroots people to exhibit the film Sankofa, defying the industry film distribution channels that refused to distribute the film. Does the same group that supported the distribution of the film continues to use the Sankofa location? Haile Gerima: Well, we are in and out with all the problems, with the fact that African or African-American movements come and go. The long-distance runners continue to support us, not as a group but as individuals. But to me, there is no other community where we would have succeeded to plant our feet like this. Haile and Shirikiana Gerima are the award-winning husband and wife filmmaking team. They opened Sankofa Video, Books & Café in the heart of the Howard University community, where this talented couple has trained hundreds of young African and African-American filmmakers. Sankofa is a cultural destination that not only features the best videos and publications for all ages but also hosts cultural events such as book signings, panel discussions, cultural performances, and poetry readings featuring acclaimed writers, poets, and musicians. 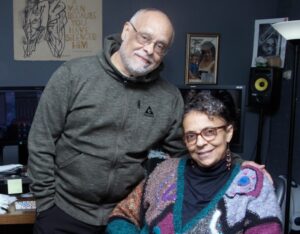